Exploits and Vulnerabilities: What You Need to Know

What You Need to Know

Home » Blog » ArmourHacks » Exploits and Vulnerabilities: What You Need to Know An exploit is any attack that takes advantage of vulnerabilities in applications, networks, operating systems, or hardware. Exploits usually take the form of software or code that aims to take control of computers or steal network data. Read on to learn where exploits come from, how they work, and how an award-winning security tool can keep you safe.

Exploits are programs or code that are designed to leverage a software weakness and cause unintended effects. But to define exploits, we first need to go over security vulnerabilities (or flaws).

Software and networks come with built-in protection against hackers, sort of like locks that keep unwanted guests from sneaking inside. A vulnerability, then, is like an accidental open window that a thief can climb through. In the case of a computer or network, thieves can install malicious software through these vulnerabilities (open windows) in order to control (infect) the system for their own nefarious ends. Usually, this happens without the user’s knowledge.

Vulnerabilities exist in many kinds of software, and people can also inadvertently open up more weaknesses on their own — for example, by using poor privacy settings on their social media or email accounts. (That’s why it’s important to know how to change your privacy settings on Facebook and make your Instagram account private.) Security flaws can also be found in hardware, such as the pernicious Meltdown and Spectre CPU vulnerabilities.

Are exploits a form of malware?

Although both exploits and malware can have damaging effects on a system, they are different. Malware refers to any type of malicious software, including viruses, ransomware, spyware, etc. An exploit, in contrast, is code that allows a hacker to leverage a vulnerability — for example, they can use an exploit to gain access to a computer system and then install malware on it. Though an exploit attack can contain malware, the exploit itself is not malicious.

Where do exploits come from?

Vulnerabilities are errors in the software development process that leave accidental holes in the software’s built-in security. Cybercriminals can exploit these errors to access the software and, by extension, your entire device. Malicious developers even create exploit kits, which are collections of exploits often bundled with other software.

Hackers can buy or rent these kits on the dark web, and then hide them on compromised websites or in advertisements. When someone visits the infected site or clicks a malicious ad, the exploit kit scans their computer for any suitable vulnerabilities. If it finds one, it uses the relevant exploit to crack it open. People can also suffer attacks from exploit kits through suspicious emails, downloading files from shady sources, or phishing scams. How do exploit attacks work?

Hackers can use a few different ways to launch an exploit attack. One option is when you unsuspectingly visit an unsafe website that contains an exploit kit. In such a case, the kit silently scans your device, searching for unpatched vulnerabilities and trying out various exploits to enter your machine. The exploit itself might be a piece of code or set of instructions that are targeted to one specific vulnerability, or even to several vulnerabilities together.

The exploit kit can discover a variety of info, including which operating system you have, what applications you’re running, and if you use browser plug-ins such as Java. The exploit kit sifts through everything in search of a vulnerability that it can breach. While the exploit kit is hosted online, if it breaches your device, it can deploy malware, which does infect your system.

Another way hackers can launch an exploit attack is with code that can spread over a network in search of a vulnerability, like the EternalBlue and BlueKeep vulnerabilities. These exploits don’t require any interaction with a user — in fact, you could be asleep in the other room while the exploits attack your device.

Some of the most notorious botnets, such as the Mirai botnet, spread in this way. It’s an efficient way for botnet creators to grow their botnets in preparation for a distributed denial of service (DDoS) attack.

How to recognise an exploit attack

Since exploits take advantage of security holes in software, there aren’t any typical signs you can recognise — a user has almost no way of knowing they’ve been affected until it’s too late. That’s why it’s important to always update your software and install security patches released by your software’s developer. If the developer has released a patch for a known vulnerability and you don’t install it, you’ll be leaving the window open for hackers and other malicious actors.

And while you might not notice an exploit, once malware sneaks in, you’re sure to feel the effects. Look for common signs of a malware infection, such as:

If you see any of these red flags, you should perform a health scan with a reputable tool right away.

How to fix an exploit

Because most exploits are the result of failures by developers, plugging vulnerabilities in order to remove exploits is their responsibility. Developers will code and distribute fixes for all known exploits. Many cybersecurity watchdog organisations stay on the lookout for zero-day exploits as well, so that fixes can be developed for those, too.

In the meantime, if your device suffers an exploit attack that infects your machine with malicious code, make sure to remove the malware and then update your software.

How to prevent hackers from using an exploit

To prevent hackers from using an exploit, it’s your job to keep all your software updated. That means installing software updates right away, no matter how annoying they may seem when you’re in the middle of something else. To make the process easier, try using an app that keeps all of your most popular apps updated automatically.

Beyond that, it’s important to always exercise common sense and practise safe computing habits. Hackers can use exploits only if they manage to access your computer. So, don’t open attachments from suspicious senders or email addresses, and don’t download files from unknown sources. And be wary of phishing attacks that attempt to steer you to unsafe websites. 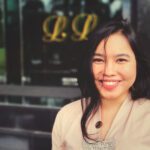