What would you do if you were the victim of a crime? For example, what if you walk out to your car after work and find the window smashed and the stereo stolen? Wouldn’t you call the police?

Imagine that, this weekend, you’re leaving a restaurant with some friends or families. A man walks up, points a gun at you and demands your wallet. You’d call the police, right?

Now pretend you receive an email saying that the bank needs you to reset your password. You go to the provided website in the email and the next time you check your balance there’s $1000 missing. Who would you call?

Our first inclination is to call the police when we are the victims of crime in real life. Why do we treat cybercrime differently than any other type of crime?

When it comes to punishing cybercriminals, the biggest obstacle is that they’re usually too far away from their victims. Even if they’re caught, the court fees, travel expenses to the court, and lodging normally outweigh the amount stolen. It’s easier to just call the bank and try to get your money back. While this isn’t exactly “right”, it’s currently the easiest course of action when dealing with online theft.

Another problem is how the general populace treats cybercrime. When a victim’s front door is kicked in and their house robbed, we immediately blame the criminal. When your online banking information is stolen, we typically point the finger at the victim and scold them for not having the most up-to-date security architecture in their environment.

Cybercrime Increases Over The Year in Malaysia

According to the Malaysian Statistics Department (DoSM) Crime Statistics, cybercrime complaints increased by 99.5% over the past year from 10,426 in 2019 to 20,805.

The  Malaysian Communications and Multimedia Commission has complained about obscene, false, offensive, vulgar and threatening elements.

Reporting a Cybercrime in Malaysia

In terms of reporting criminal activity, the government does have laws that say we should report every crime to the relevant authorities.

Report to relevant authorities such as RMP (The Royal Malaysia Police), MDTCC (The Ministry of Domestic Trade, Co-operatives and Consumerism), BNM (Central Bank of Malaysia) and other relevant enforcement agencies.

MCMC (Malaysian Communications and Multimedia Commission) is not the only agency authorised to investigate complaints regarding contents on the Internet. The provision of content on the Internet is subject to all applicable Country’s laws and reports / complaints may be made to the relevant agencies within the respective jurisdictions.

In order to change this, we need to embrace the idea that if we see something, we say and act on something.  When cybercrime happens, immediately seek justice through relevant channels and authorities. Treat cybercrime issues seriously as crime in real life. Although there is no direct proof that anyone died in cybercrime as a result of this past year’s cyberattacks, in 2022, it will only be a matter of time before those shady figures hiding behind their screens cause actual human injury or death.

Government and relevant authorities need to take up their game plan and start taking any incidents regarding cybercrime seriously with proper action and procedure based on the law. It needs to be known that we want justice against these crimes. 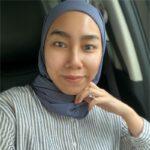 More companies are starting to store data on the cloud, but that will increase the risk of cyber crimes. Learn 8 ways cyber attacks impact your business.

How Malicious Websites Influence Your Business

Malicious websites not only attack businesses directly, but also slip through your employees and steal your data. Find out how to keep your website safe.

The use of many cybersecurity tools creates blind spots because of the lack of holistic view of threats. See the benefits of an all-in-one cybersecurity platform.