Tanti Didi Zam Zainal Abidin – From IT Shero to Entrepreneur

Tanti Didi Zam Zainal Abidin –
From IT Shero
to Entrepreneur

Tanti Didi Zam Zainal Abidin has over 26 years of experience in the Tech World, serving big companies like SP Setia Berhad, Hewlett Packard Enterprise, SAS and Mesiniaga Berhad. During her career journey, Tanti has been in several positions like Information Technologist, Account Director and Head of IT department.

One of the significant achievements in her career was reducing data processing time from months to days for an Oil & Gas company, which contributed to the increase of productivity. Another achievement was the ability to convince the management to upgrade the existing productivity tool for every employee. The main purpose other than cost effectiveness is the effectiveness of employees carrying out their day-to-day work by giving them flexibility, especially where they work from, and ease their way of communicating with one another. The company was conveniently prepared when Covid-19 hit the whole world.

Here is her journey.

#1 How did you get started in the Tech Industry?

I studied Computer Science as a Major for my degree from Universiti Kebangsaan Malaysia – Institut Teknologi Mara. During the late 80s, it was a promising new industry.

After I graduated, while still looking for opportunities in the many Multinational Corporations (MNC) that were setting up manufacturing plants in Penang, I took up a sales job in a new IT company.

After 3 months into the sales job, I secured a position as an Information Technologist in one of the leading hard disk component manufacturers. I was supporting the manufacturing systems on the AS/400 platform and being on-call 24/7.

Within the role, I had successfully implemented CIM (Computer Integrated Manufacturing), an equivalent to today’s IoT (Internet of Things) but wired up. With the system, we achieved zero unexpected downtime, resulting in zero loss opportunities. The team’s efforts were recognised, and I was later promoted as a Team Leader.

After almost 3 years in the company, the job became too routine and led me to look for new challenges. I had received an offer from my new employer for a Technical role that I requested. However, I was recommended to take up a Sales role instead. I started to work as a reluctant salesperson and ended up doing sales for over 20 years until the next opportunity came. Then I became the Head of IT in one of the Malaysian big companies.

I realised I completed the cycle, from end user to vendor, back to end user. It was close to my 3rd anniversary in the company, so I decided to take a break, and this was the beginning of the Entrepreneurship journey.

#2 What kind of challenge(s) have you faced throughout your career journey?

The biggest challenge is people, who have kept me interested in improving my ways. But a lot do not realise the biggest challenge while improving your ways with people, is how do you keep your value protected, i.e., true to yourself and what you believe. The influence of friends and families is strong, which can be tricky at times.

#3 What is the biggest mistake you ever make?

By nature, I am a go-getter. Perhaps I started with a team who has a kind of teamwork. Therefore, I had a mindset that everyone at work is ready to do the required work to achieve the set goals.  When the situation changed, I was still in high gear. Did I not realise that the waggon was not even half-full.

#4 How do you manage your career and family?

I have a priority list that I follow to help me make decisions.  The list is in this priority order, “God, Family, Environment, Business, Friends.” To derive a decision, the list goes like this, “Is it right by God, by the Prophet, by my Parents?”

As an example, working from home makes sense to me. I always believe generally if an employee’s personal life is good, the employee can focus on their work better. It relates back to the Priority List. The ability to do work better is when the responsibilities at home can be attended to in a timely manner. Hence, work-life balance is when the ability to manage work and the home in a timely manner. Therefore, when it comes to business decisions, give flexibility to the employee and trust that they will deliver and achieve their set goals (at home and at work).

#5 Based on your experience, does gender discrimination happen in the Tech Industry?

It exists in every industry. It is not impossible to look at a person beyond their gender, beyond everything you can see at the first glance. But it is difficult, our habits quick to judge, which hinders us from seeing the value of that person.

#6 What makes you venture into the Archery Range business?

The interest to have my own business was a while ago. My son, the Archer, 5 years ago re-proposed to me to build an archery range for rental while he can use it as his practice ground. The first time he proposed this was when he discovered we have a piece of land, he was 12 years old. Through the archery journey with my son, my confidence in him grew. And I had always found the prospect of having a range interesting since the first time he proposed it.  There is a gap in the market as Archers generally find it difficult to have a practice ground, unlike golf. Thus, Dayakboi Playground Archery Range was born.

The archery range concept is like a golf range, it allows archers to have a sizable space for shooting, to start with a 5m to 145m archery range. For new archers, be it any gender or any age, we have an activity called Archery Arcade for those who want to give it a try. #7 What is your advice for Women in the Tech Industry?

“Nothing is to be feared, but only to be understood.” This is the quote by Marie Curie and became my motto, and it has helped me every step of the way. Know your priorities, and it is not worth getting bullied just to save your job. 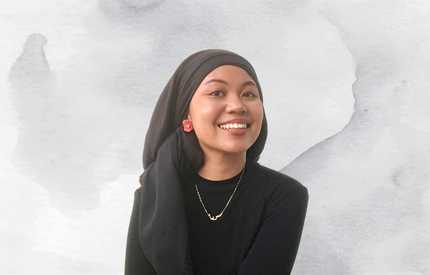 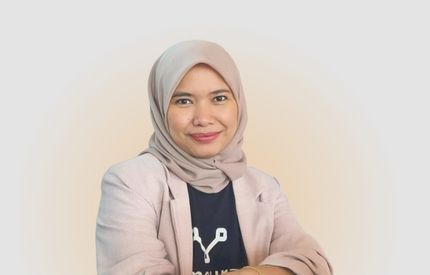 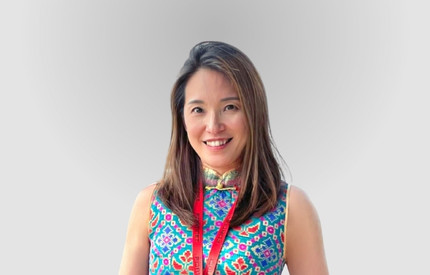