Intel created World Password Day and commemorated the first Thursday of May (This year, 2022, is on May 5th) to address the urgent need for strong passwords. Most operating systems provide an easy way to create and store passwords.

World Password Day brings awareness of the importance of strong passwords and why everyone needs to change their passwords every few weeks. The leakage of passwords can compromise your digital ID and personal information. Unfortunately, not many people are accustomed to changing passwords frequently, even though they know the risks.

We will invite you to take serious action to Armour your password through this blog. Topics that we will discuss are:

It’s understandable to choose a password that is easy to remember. The average person has over 100 different online accounts that require a password. However, simple passwords are so easy for hackers to understand that they can easily access their personal information and accounts.

Lookout said in a December post that an average of 80% of consumers leaked emails to the dark web. You can easily belong to that majority without knowing it. According to Lookout, these leaked emails often lead hackers directly to theft of passwords and personal information in other online accounts. Below is a list of the 15 most used passwords from Nordpass:

Aside from the Top 15 Most Used Passwords, there are some fun facts about passwords that most people use because it is also easy to remember.

According to Onelogin, six types of password attacks might hit us anytime. You should beware of these attacks:

Phishing is when a hacker disguised as a trusted party sends a fraudulent email hoping that you will voluntarily provide personal information. They lead you to a fake “password reset” screen from time to time. Otherwise, the link will install malicious code on your device.

Man-in-the-middle (MitM) is an attack when a hacker or compromised system sits between two non-breached people or systems and decrypts information passed to each other, such as passwords. If Alice and Bob pass notes in class, but Jeremy needs to pass those notes, Jeremy has the opportunity to be an intermediary. Similarly,  Equifax removed the app from the App Store and Google Play Store in 2017 because it shared sensitive data through insecure channels hackers may have used to steal customer data.

A brute force attack uses a battering ram if the password is equivalent to using a key to open the door. Hackers can try 2.18 trillion password and username combinations in 22 seconds. If the password is simple, your account may be cross-shaped.

A type of brute force attack, a dictionary attack, relies on our practice of choosing “simple” words as passwords. The most common is what hackers put together in a “crack dictionary”. More advanced dictionary attacks include personally essential words such as place of birth, child’s name,  pet’s name, etc.

If you’ve been hacked in the past, you know that your old password may be posted on a dubious website. Credential stuffing uses an account whose password has never been changed after an account violation. Hackers try different combinations of old usernames and passwords, hoping that the victim will not change them.

The keylogger is malicious software designed to track every keystroke and report it to hackers. Users usually download software believing that installing a keylogger without notice is justified.

To prevent yourself from those password attacks, you may need a strong password. Remember to protect yourself and your information, you need to use long, strong, and complex passwords for others to guess, but you are still relatively easy to remember. We have summarised some tips that may help you armour your password and data.

Stay away from the obvious, which means, never use consecutive numbers or letters. Don’t use the Top 15 Most Used Passwords as your password if it’s related to internet data. Consider a unique password that does not contain personal information such as your name or date of birth. Hackers use everything they know about you to guess, especially if you’re the target of password hacking.

Password Manager keeps track of all passwords and does everything except one, the Master Password, which allows access to Password Manager. This will help you to collect every password you have, so you don’t need to remember everything. Keeping your passwords on the password manager is not the same as writing down your passwords or sharing the password with your friends. You can take a look at some password manager recommendations here.

Apart from that, you can also use a password generator to help you create strong passwords. There are several password generators that you can find online, one of which is this. The password manager uses a pseudo-random algorithm. This algorithm starts with a number called a seed, then they’ll get a new number with no traceable connection to the old number, and the new number becomes the next seed. The original seed will not be displayed again until every other number is displayed.

Multi-factor Authentication (MFA) adds a layer of protection (this will be the first layer of protection if your account details are compromised). These have become new industry standards for adequate security. Avast also explains, on their blog, how to use them and how to add MFA to popular social accounts such as Twitter and Facebook. In addition to the password, you will need something like Biometrics data (fingerprint, eye scan, etc.) or a physical token. That way, no matter how simple or complex, passwords are only half the puzzle.

As a company or organisation, it will be too hard to control the employees’ passwords, especially if you’re implementing remote working. The IT person can’t track the password, and it will be hard to know where the data leak comes from. Then, maybe you require an Endpoint Protection and Patch Management to help protect your whole organisation and company.

Endpoint Protection service could help you protect your endpoints and assets against known cyber threats and breaches from commodity malware to sophisticated attacks, including ransomware with antivirus and more. Patch Management service will help you protect all your Operating Systems and third-party applications, such as Microsoft Office, Adobe etc., against known vulnerabilities. Patch Management will control authorised/unauthorised applications used, ensuring continuous patches and up-to-date versions are released by the application vendor. 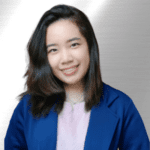