SQL injection, also known as SQLI, is a common attack vector that uses malicious SQL code for backend database manipulation to access information that was not intended to be displayed. This information may include any number of items, including sensitive company data, user lists or private customer details.

The impact SQL injection can have on a business is far-reaching. A successful attack may result in the unauthorized viewing of user lists, the deletion of entire tables and, in certain cases, the attacker gaining administrative rights to a database, all of which are highly detrimental to a business.

When calculating the potential cost of an SQLi, it’s important to consider the loss of customer trust should personal information such as phone numbers, addresses, and credit card details be stolen.

While this vector can be used to attack any SQL database, websites are the most frequent targets.

SQL is a standardised language used to access and manipulate databases to build customisable data views for each user. SQL queries are used to execute commands, such as data retrieval, updates, and record removal. Different SQL elements implement these tasks, e.g., queries using the SELECT statement to retrieve data, based on user-provided parameters.

A typical eStore’s SQL database query may look like the following:

From this, the web application builds a string query that is sent to the database as a single SQL statement:

A user-provided input http://www.estore.com/items/items.asp?itemid=999 can then generates the following SQL query:

As you can gather from the syntax, this query provides the name and description for item number 999.

SQL injections typically fall under three categories: In-band SQLi (Classic), Inferential SQLi (Blind) and Out-of-band SQLi. You can classify SQL injections types based on the methods they use to access backend data and their damage potential.

The attacker uses the same channel of communication to launch their attacks and to gather their results. In-band SQLi’s simplicity and efficiency make it one of the most common types of SQLi attack. There are two sub-variations of this method:

The attacker sends data payloads to the server and observes the response and behaviour of the server to learn more about its structure. This method is called blind SQLi because the data is not transferred from the website database to the attacker, thus the attacker cannot see information about the attack in-band.

The attacker can only carry out this form of attack when certain features are enabled on the database server used by the web application. This form of attack is primarily used as an alternative to the in-band and inferential SQLi techniques.

Out-of-band SQLi is performed when the attacker can’t use the same channel to launch the attack and gather information, or when a server is too slow or unstable for these actions to be performed. These techniques count on the capacity of the server to create DNS or HTTP requests to transfer data to an attacker.

An attacker wishing to execute SQL injection manipulates a standard SQL query to exploit non-validated input vulnerabilities in a database. There are many ways that this attack vector can be executed, several of which will be shown here to provide you with a general idea about how SQLI works.

For example, the above-mentioned input, which pulls information for a specific product, can be altered to read http://www.estore.com/items/items.asp?itemid=999 or 1=1.

As a result, the corresponding SQL query looks like this:

And since the statement 1 = 1 is always true, the query returns all of the product names and descriptions in the database, even those that you may not be eligible to access.

Attackers are also able to take advantage of incorrectly filtered characters to alter SQL commands, including using a semicolon to separate two fields.

As a result, the entire user database could be deleted.

Another way SQL queries can be manipulated is with a UNION SELECT statement. This combines two unrelated SELECT queries to retrieve data from different database tables.

Using the UNION SELECT statement, this query combines the request for item 999’s name and description with another that pulls names and passwords for every user in the database.

Accellion, maker of File Transfer Appliance (FTA), a network device widely deployed in organisations around the world, and used to move large, sensitive files. The product is over 20 years old and is now at the end of life.

FTA was the subject of a unique, highly sophisticated attack combining SQL injection with operating system command execution. Experts speculate the Accellion attack was carried out by hackers with connections to the financial crimes group FIN11, and ransomware group Clop.

The attack demonstrates that SQL injection is not just an attack that affects web applications or web services, but can also be used to compromise back-end systems and exfiltrate data.

The Accellion exploit is a supply chain attack, affecting numerous organisations that had deployed the FTA device. These included the Reserve Bank of New Zealand, the State of Washington, the Australian Securities and Investments Commission, telecommunication giant Singtel, and security software maker Qualys, as well as numerous others.

According to a report commissioned by Accellion, the combination SQLi and command execution attack worked as follows:

This raises the profile of SQL injection attacks, showing how they can be used as a gateway for a much more damaging attack on critical corporate infrastructure.

There are several effective ways to prevent SQLI attacks from taking place, as well as protecting against them, should they occur.

The first step is input validation (a.k.a. sanitizations), which is the practice of writing code that can identify illegitimate user inputs.

While input validation should always be considered best practice, it is rarely a foolproof solution. The reality is that, in most cases, it is simply not feasible to map out all legal and illegal inputs—at least not without causing a large number of false positives, which interfere with user experience and an application’s functionality.

For this reason, a web application firewall (WAF) is commonly employed to filter out SQLI, as well as other online threats. To do so, a WAF typically relies on a large, and constantly updated, list of meticulously crafted signatures that allow it to surgically weed out malicious SQL queries. Usually, such a list holds signatures to address specific attack vectors and is regularly patched to introduce blocking rules for newly discovered vulnerabilities.

Modern web application firewalls are also often integrated with other security solutions. From these, a WAF can receive additional information that further augments its security capabilities.

For example, a web application firewall that encounters a suspicious, but not outright malicious input may cross-verify it with IP data before deciding to block the request. It only blocks the input if the IP itself has a bad reputational history.

Our WAF also employs crowdsourcing techniques that ensure that new threats targeting any user are immediately propagated across the entire user-base. This enables rapid response to newly disclosed vulnerability and zero-day threats. 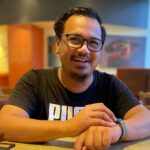 Esmadi Hamid (System Security Engineer). Experienced Security with a demonstrated history of working in the information technology and services industry.